One platform.
One provider.
All your communications equipment.
Connect all teams instantly, from any network or device, and with added intelligence
with Team Communications from Motorola Solutions.


The true cost of complexity is endured by the people who work every day to overcome it.

B-AQUASAFE is an automatic man-over-board alarm system for the safety of personnel working at sea. The system relies on a water sensor which is attached to the radio terminal and fitted to the life jacket. For small isolated installations, the system can operate in DMO mode and when operating with a repeater a Central Alarm Unit can be integrated in the solution.

When the sensor is submerged in water, it automatically generates an alarm message which is transmitted to other terminals, stating the alarm type and the identity of the terminal issuing the alarm.


The Central Alarm Unit can receive water alarms from the entire radio network, dispatch the alarm as email or SMS alarm messages to defined PC’s and mobile smartphones. In addition, it can monitor the GPS position of the terminal generating the alarm which can greatly reduce rescue response time. It is also possible to display the GPS position of the device that triggers the alarm on a digital map.


The Alarm Unit can also run system checks to ensure that the B-AQUASAFE system works in accordance with specifications and thereby continuously protects the staff in the most safely way.

• Radio communication and security in the same unit.
• Can be used in both salt and fresh water with no need for calibration (self-calibrating).
• Water sensor does not need a separate battery.
• Water sensor is impervious to rain. The alarm will not activate, even during heavy rain.
• Custom life jacket with radio pocket.

• Can send alarm directly to the rescue center by SMS.
• Sends alarm to colleagues via radio terminal.
• Alarming terminal sends the GPS signal.
• The alarm unit has a built-in, safety tested, interactive touchscreen.

Teldio’s Email Gateway was designed to give MOTOTRBO digital two-way radio users access to emails and work orders. It enables employees to stay on top of work tickets and emails on the same device allowing them to be mobile while staying connected. Easily integrating with existing third party work management software, Email Gateway provides organizations with a cost-effective solution to create a dynamic workflow, increase productivity and improve employee awareness.

Mission-Critical IoT and the Mobile Worker

Connect mobile workers beyond voice communication.
June 28 - Join the Penn Energy webinar where you'll get an insider's look
at the 2018 Industrial Internet of Things survey data from our Energy and IoT Experts. 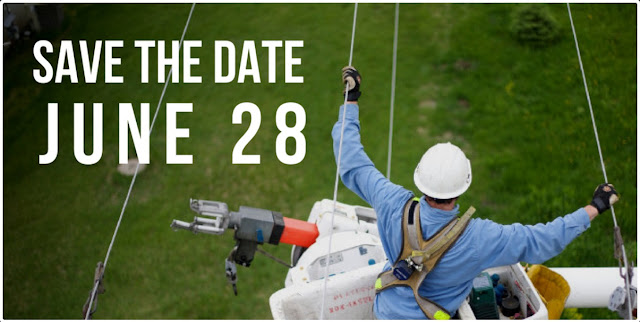 Instantly respond to time-sensitive situations.
The factory of the future “is a place where information gets to people that need to know it much faster than happens today.”

Get the Manufacturing case study http://mts.so/D62E14

(Follow the link below to Older Posts)
Posted by RCS Communications at 3:34:00 PM